Born in Tanzania, Christian recycles plastic waste and turns them into environmentally friendly plastic lumber. With that action, he protects the environment by reducing deforestation in his region but also helps his community. As a child, Christian grew up in slums where he faced a massive number of plastics waste and unhealthy living conditions.

“There is something I can do with this”, he said to himself. “These plastics in slums mostly go to the sewage system so when it rains the water comes there, mosquitos too and then you get Malaria.”

Christian focuses on jobs creation within his community for the Tanzanian youth.

His plan for the coming three years is to withdraw over 1 million kilograms of plastic to manufacture plastic lumber and save an estimated 250 acres of forest. It will also saves 2.5 kg CO2/kg plastic hence we will be preventing 2,500,000 kg of CO2 emissions into the atmosphere. It is an inspiring and ambitious project that first surprised his family.

“Recycling is still a very new concept in my country. My parents said to me “I am struggling to send you to school and then you choose to work with waste?! Are you crazy? Go to the bank!”

However, Christian pursued his project despite many obstacles. “The biggest challenge in Africa is to find capital. I want the machines, the technology and the place to do it but it is hard to find investments even though there is a lot of creative people on the market,” he says.

With his savings and father’s inheritance, Christian managed to buy his first machine. He now produces 70 to 80 pieces of plastic lumber a day but the demand is bigger: Between 300 to 350 pieces a day.

“I need to expand my work to influence more my community,” he says. “I saw the LAB as an opportunity to show and explain what we are doing, looking for connexions to get investments.”

His dream is to create a legacy, to leave a print for the next generations.
“In Tanzania, I want to be someone people know because, thanks to this person, we are not cutting trees anymore and we start to recycle,” he says.

In his head, Christian sees a full recyclable house made of plastic lumbers: a cheaper alternative that everybody can afford and that will change recycling in Tanzania and hopefully Africa.
“I see the world crying about the climate change but everybody should be part of the solution no matter how small it is. We shouldn’t be crying about climate change we should do something,” he concludes.

when will generic viagra be available in the us

cialis over the counter at walmart

is there a generic cialis available? 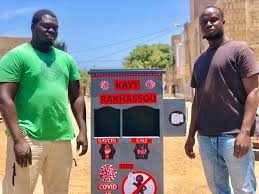 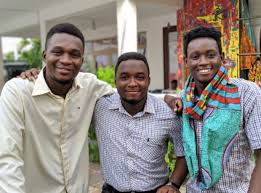 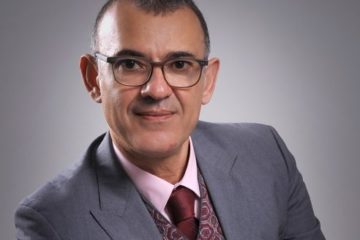